After graduating in the directions of painting, drawing and graphic art, I soon felt the need to work outside framed borders by creating (interactive) installations and environments.

More and about in the following text. All the latest installations are found in the portfolio tap. 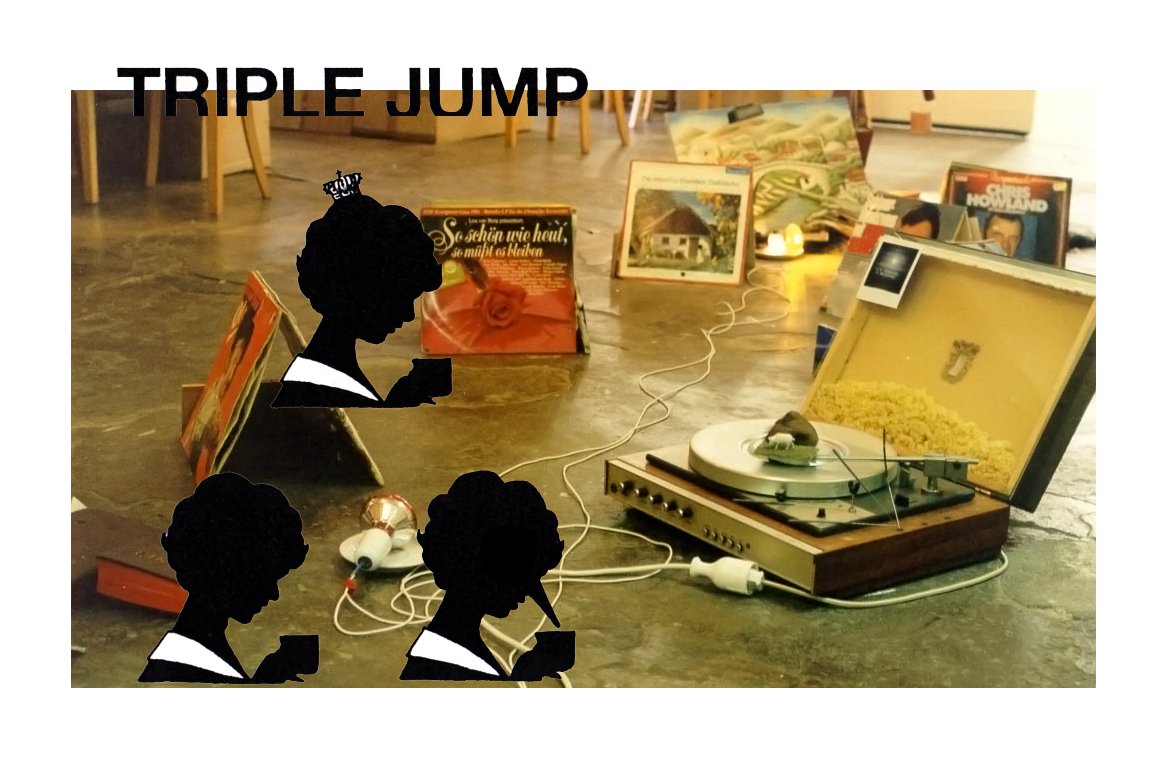 ‘Triple Jump’ (1996) was my first interactive total installation. The interaction lay in the environment created for the space in relation to specific objects that were connected through arrangement. Light bulbs were placed among the landscape of objects. They lit up according to surrounding city sounds entering through a speaker. Outside, a display cabinet attached to the wall. Inside three small sculptures that were lit by sound produced indoors. This audiovisual interaction simulated the concept of mutual influence with regard to inside and outside (world). The work was also a first in an ongoing line of projects and works starting 1996, addressing human aspects within the harsh realities of ’nation states’ with a focus on identity, borders, power structures and geopolitical aspects in relation to (city) landscape. This one in particular was about the happenings in Srebrenica, concerning identity and the relationship with the fall of communism in eastern Europe. 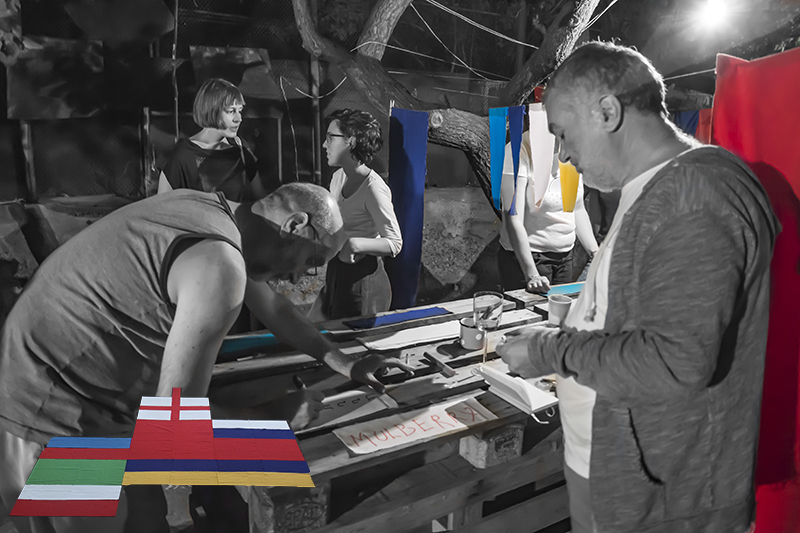 Apart from mechanical interaction I was engaged in several collaboration projects, the period after my graduation at art school. And I still welcome and look for influences from outside into my working process. Like for instance with 'Project Armenia'.

Photo: creating banners together with the visitors of a presentation/performance to be used for site specific interventions in public space. (Institute for Contemporary Art, Yerevan, 2018) 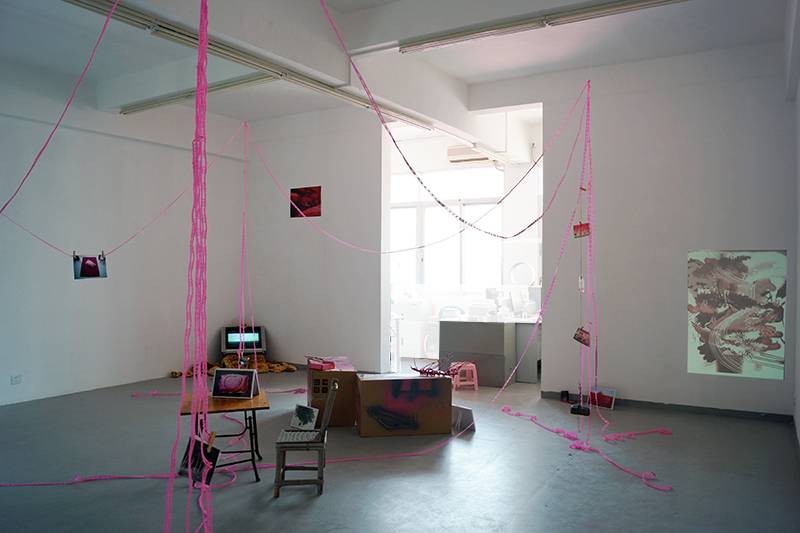 The aspect of connection plays a significant role when creating installations existing of several elements. Especially when it's different media. It's always a challenge to incorporate two dimensional work or video in a spacial setting.

Elements that I use in site specific interventions are reused in my installations. Mostly in a different way. Because each situation has it's own necessity. Like these especially strong pink Chinese clothesline that came into my work during an artist residency at the Chinese European Art Center in Xiamen. In the gallery exhibition I created a cube form with it, inspired by the way buddist temples are structured. 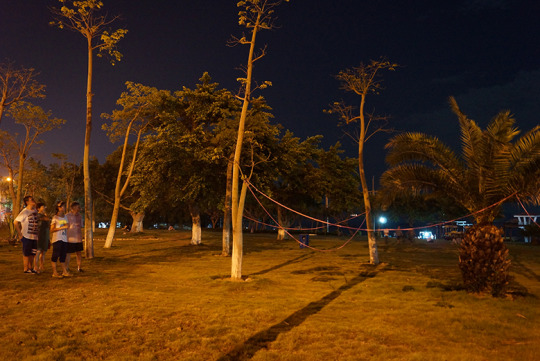 They were first used to draw lines in space by connecting it to trees to intervene with the existing order in public space. 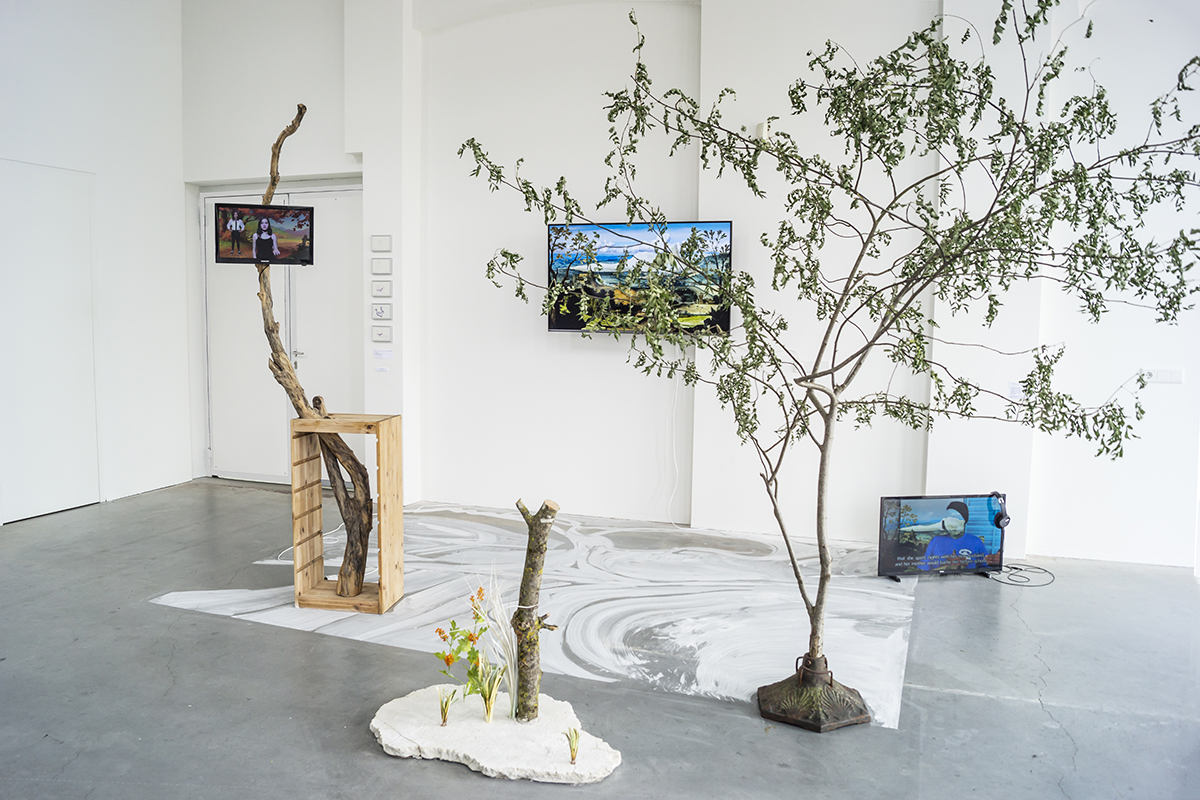 My installations come in existence 'sur place' and are often site or event specific. I always try to stretch certain boundaries and lift a work beyond the evident. So I mostly work towards realising something unique in a line of works that are still interconnected which means a lot of research and skill enhancement. I use whatever is necessary and what's best working in specific situations. Once a certain installation is worked, it stays that way. 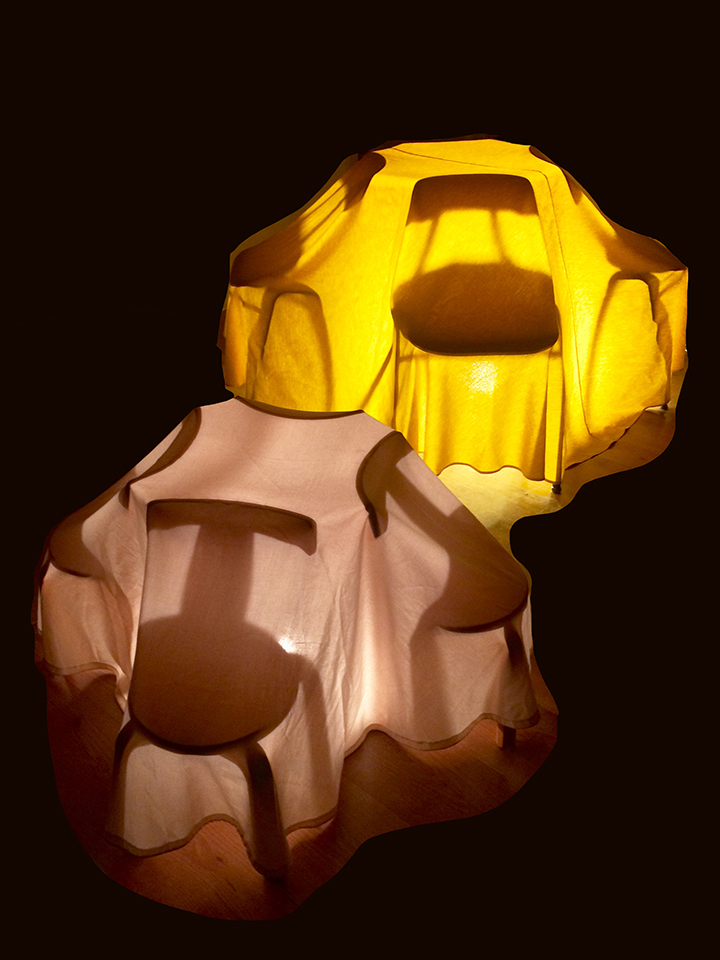