Critical video installation commissioned by the city of Helmond as part of an industrial heritage project that elaborates on the relationship between memory and historical documents on the one hand and active manipulation and or distortion of commemoration regarding cultural heritage through public city architecture and street naming. 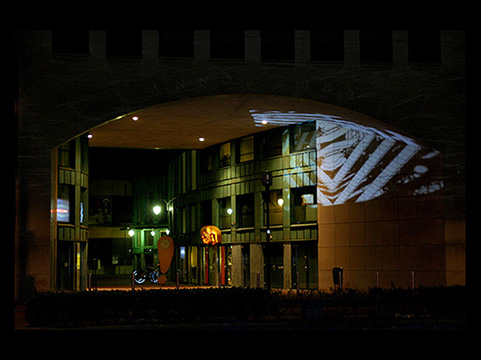 I chose steel-construction company 'Begemann' (1872 - 1993), that was the first factory to implement safe working conditions, social circumstances and fair wages for their employees.

The photo shows the window projections corresponding with large projections on the building and one monitor. They also reflected inside the building so that passersby were completely surrounded. 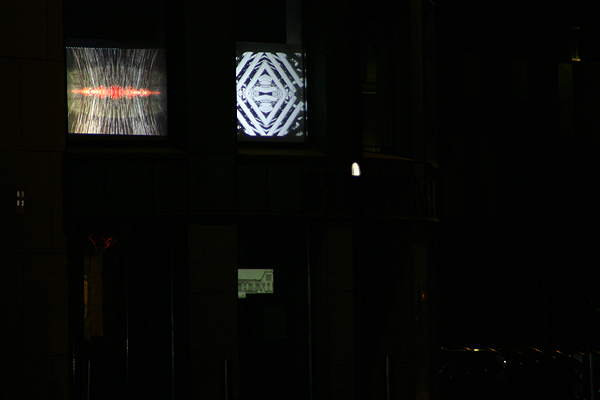 The work is constructed through a combination of media, using actual video, historical photographs, construction drawings of former factory buildings and interviews with still living ex-employees.

The installation exists of three basic video productions. The concept is based upon the possibilities regarding the site where the factory used to be. 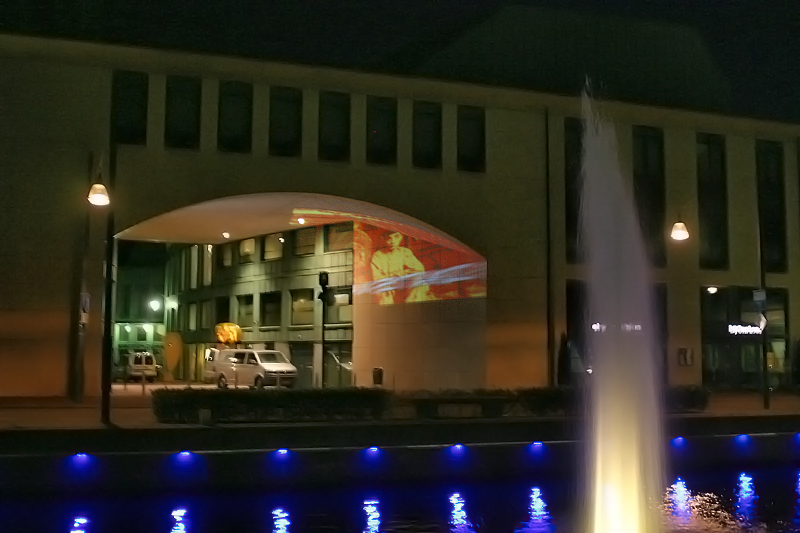 The new square situating a new build town hall, sited on this location, surprisingly got named after the owner of a competing steel-construction company that exploited its workers up until the government introduced laws against it.

Statements from the interviews in the form of floating text boxes and lines, run through the video-images, interspersed by animations that were created through digital deconstruction of city archive material. 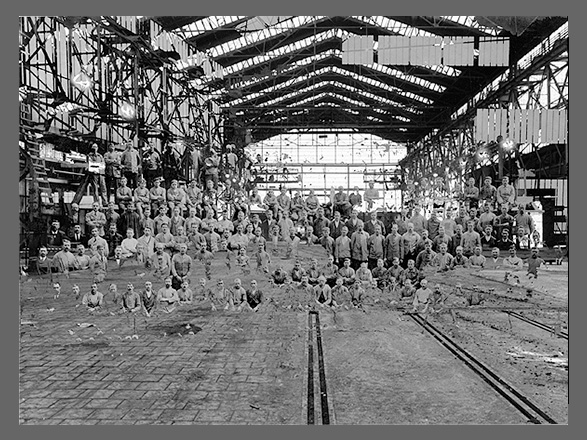 During the ten-days presentation, the installation emphasized the legitimate historical context.