Interactive installation/environment 'Air' is based upon 942 photographs of sky and a small strip of rooftops. Interaction is based on surrounding environmental sounds audible inside. The work concretizes a connection between inside and outside, what is to be seen and heard. 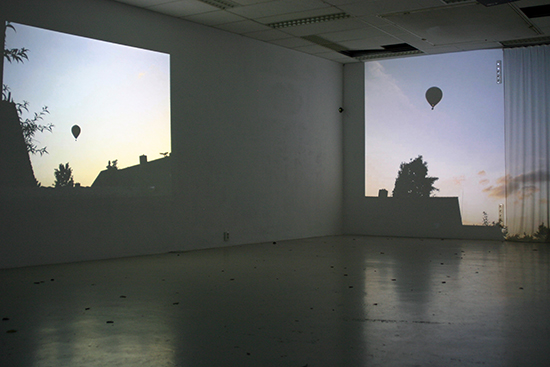 The walls of this roofed courtyard catch the projected images related to an urban surrounding. There are dried leaves from the outside on the slightly mirroring flat floor. The installation as a whole is functions as an environmental experience.

The position of the images in the three slideshows corresponds with the original direction from which they were taken. The empty wall represents the viewpoint. The photographs were taken over a longer period, from approximate equal positions, by hand. The duration of the entire development takes over hour. 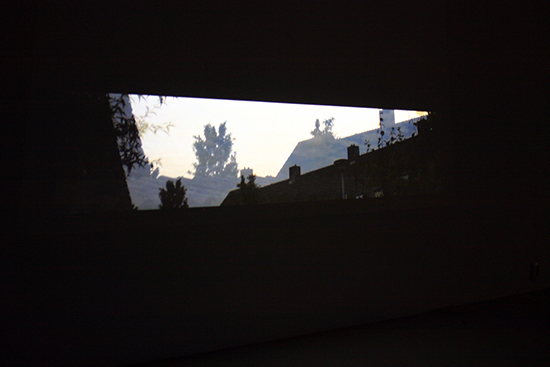 The work relates to the experience of enclosure due to urbanization. The sense of distance plays a large role in the experience of landscape. Our gaze regarding the landscape, automatically turns to the largest possible distance. In this installation an inversion of that what's presented in the photographs is happening. Being inside within the closed walls of the space, the reality of a blocked view (as represented in the photographs) is acknowledged. But it dissolves for a large part, due to the lighting images that create an illusion of an outside view. They rather seem to open up the space, like windows towards an outside view. 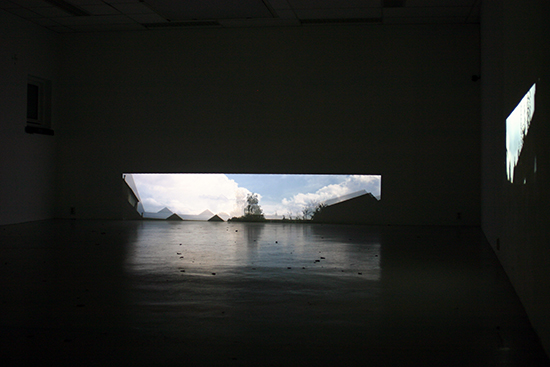 But within space you are a significant actor and so it is within this setting: The more sound produced, the less image. As movement and actions, like speech, produce sound, the images and the sense of a distant view decreases. You become strongly aware of the enclosure and the actual surrounding space. You find yourself confronted with the self and others. 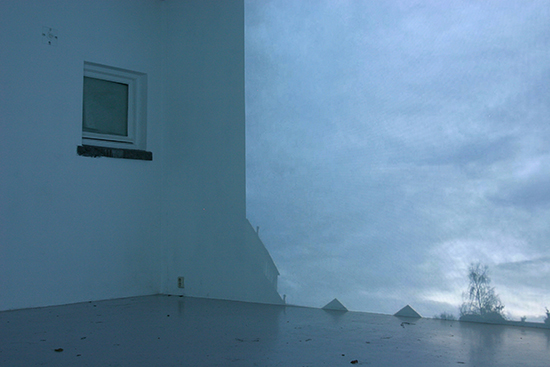 The experience of landscape is partly sensual, also within this installation and it is defined by light and sound. Looking outside at the surrounding, at the light, into the distance, towards the seemingly endless is a basic thing to do. The gaze in the distance and the look at the sky is rooted in the inseparable connection with our existence and life on earth, us being part of it, our position, our destination. 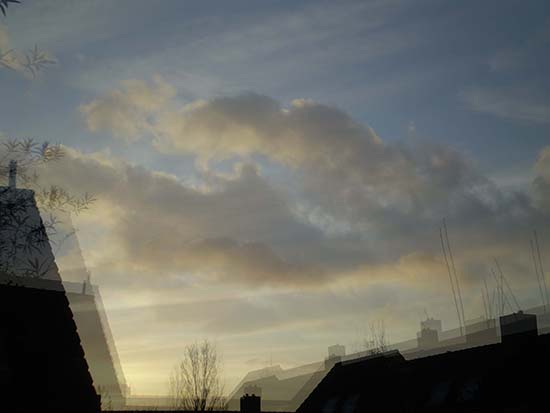 Art historian and curator at the Van Abbemuseum Steven Ten Thije did an introduction during the opening and talked about why 'Air' and not 'Sky'. Watch the video by clicking the second image of this page, left.