Video installation: a pink pillowslip in the waves and a constellation of 'floating rocks' (Expanded Polystyrene (EPS) foam), washed ashore. Xiamen Beach, 2014-2015. To be presented in changing appearance. 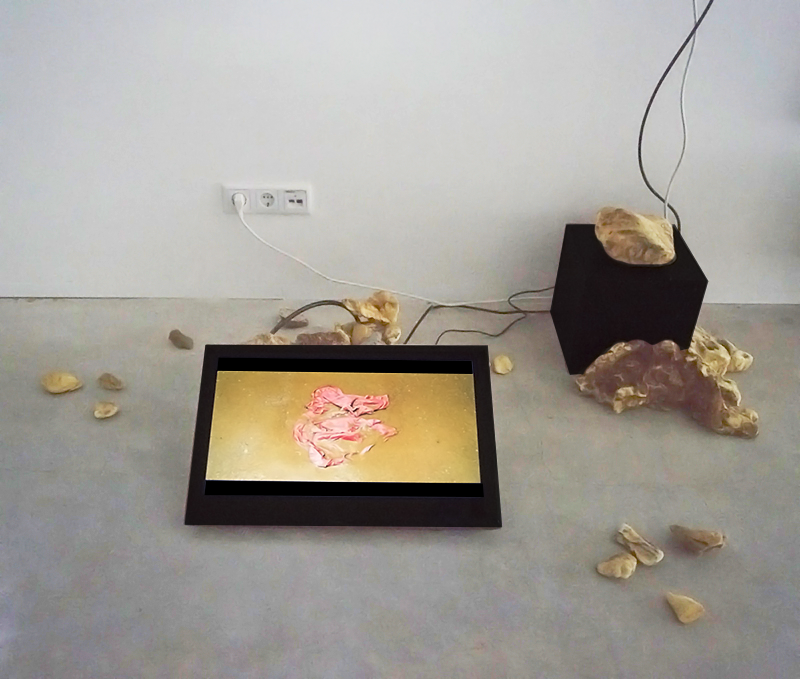 Each day masses of garbage is being washed ashore at the beach everywhere, only to be swallowed by the changing tide again. To be spit out later. On an on, day after day.

I took an effort in collecting it on a daily basis, during an artist in residence at the Chinese European Art Center in Xiamen, China. For my studio/apartment was right next to the sea. 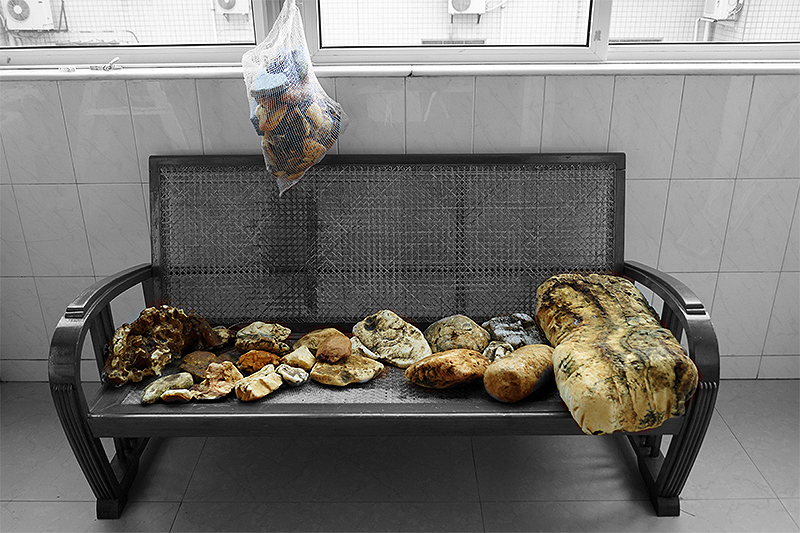 Rock-like pieces of polystyrene foam, everywhere on the beach. I collected those too and took them to my apartment. There was a couch on the balcony that was of no use to me, because it was too hot to sit there in summer. I arranged them onto the couch, as if to rest from their long journey, like a bed of rocks. There was a large ‘master piece’, created by the sea. Placed at the end of the couch it looked like a pillow. It appeared to be massive and heavy. It weighed nothing. You could push a hole in it with one finger. 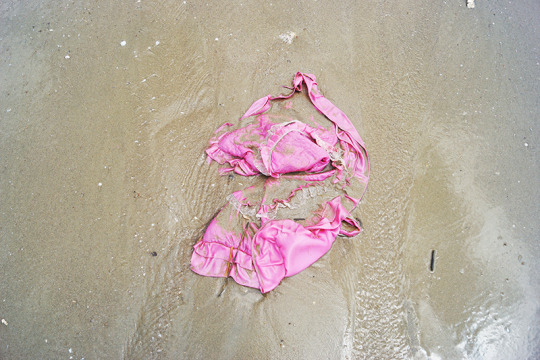 There were always a lot of plastic shoes, slippers and crocks that came ashore. And a pink pillowslip, with a heart shape. I was fascinated by the way it was moving in the waves so I recorded it. After it was cleaned, I let it dry on the steaming hot balcony, next to the light rocks. I imagined the pillowslip on a bed, shaped into form by a pillow, breathing the expectation of love. How did it end up in the sea?

Image: Still. Click on the image link above to watch an excerpt. 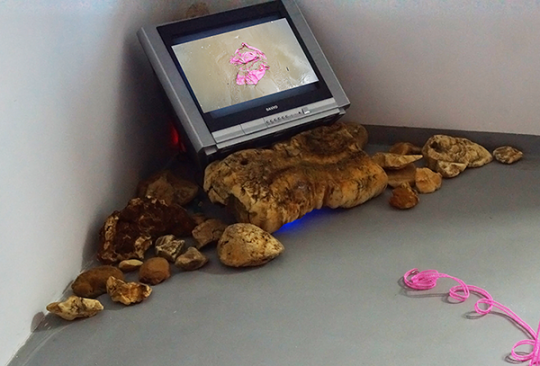 I presented the video installation first in the gallery of CEAC, as part of a total installation. The time came that I had to go back to Europe and I decided to take this garbage with me. I bought an extra suitcase but even then I couldn’t take all the ‘light rocks’ with me. I arranged the ones that I couldn’t take with me in a small collective garbage bin in the hall of the flat where I lived. The large one sticking out. 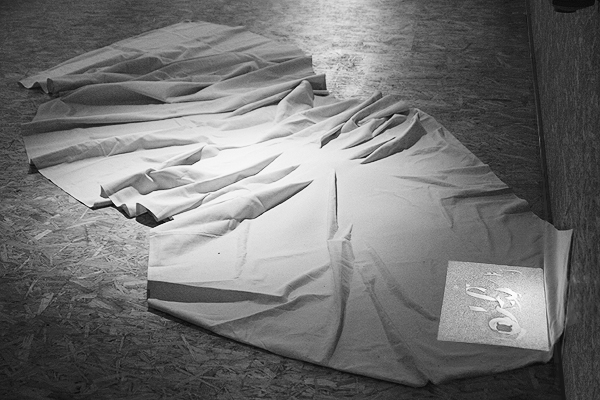 The first work concerning garbage washed ashore, was entitled ‘Sand’ (2010). This video installation is based upon a series of photographs in which objects are captured in a Dutch sandy beach.